Habiba has earned her community’s support

Habiba used persuasion and example to convince family and neighbours that it is good for women to be active in the community. 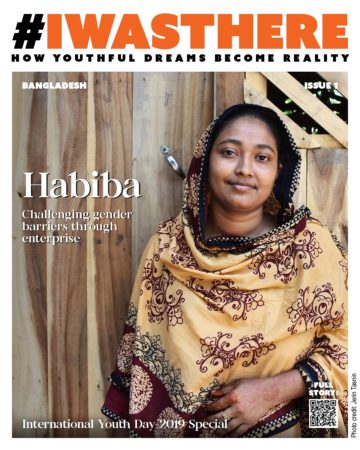 It takes courage for women in many areas of the world to challenge the expectations and demands of their family and friends, in order to pursue their own dreams. But that is what Habiba Akter Lipy has done, and it has transformed lives.

Habiba, 27, lives with her husband Md. Mridul Sheikh, a farmer, in Amirpur near Khulna, Bangladesh. She married at 14 and had to leave school, and then had two children. With her family and household responsibilities she thought she would never have an opportunity to fulfil her dream – to do something on her own.

Habiba was looking for an opportunity which would not harm her family situation, and it came through an Empower Youth for Work (EYW) program. She received three days of ‘soft skills’ training in 2017, which gave her the inner strength and confidence to try something of her own. She decided to learn the tailoring trade and, after a month’s training, she set up her own business at home.

Habiba was working for herself as she’d wished, but it wasn’t all she had hoped for. She could not concentrate properly on her work because of all the other demands on her time – a problem familiar to anyone who has tried to juggle work and home life – and she could not earn enough by sitting at home.

Habiba had also become a member of Union Apex Body and District Youth Advisory Board, attending meetings and coordinating youth-led activities. There was never any food at the events, so this enterprising young woman decided to supply it! The move displeased her in-laws and husband because, socially and culturally, it was not acceptable for a woman to run a business out in the marketplace. 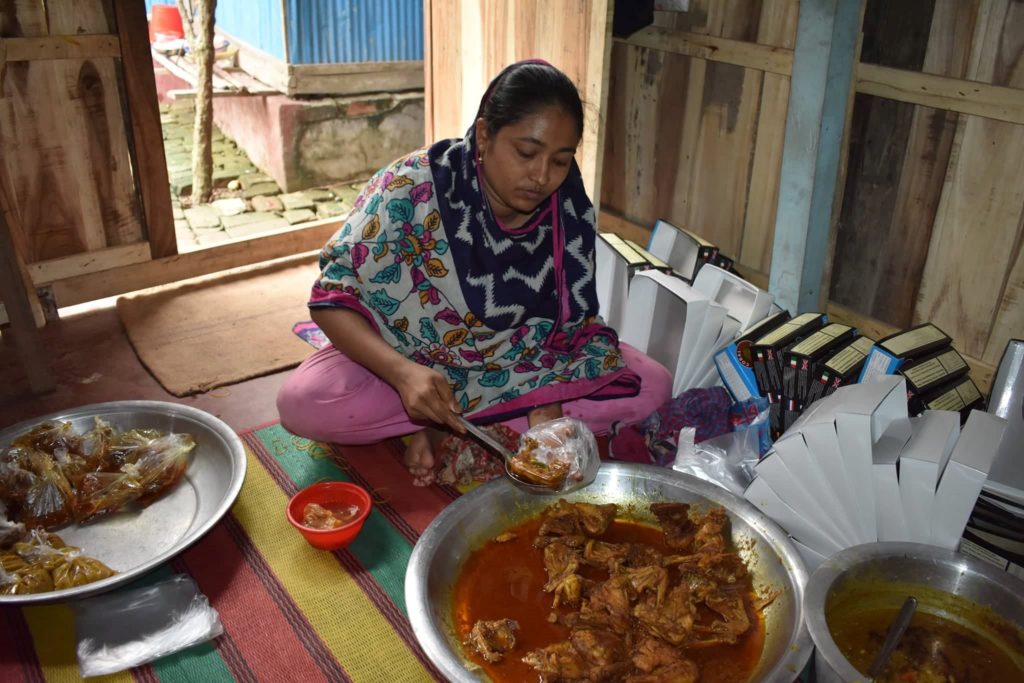 But Habiba persisted and, with the help of other group members, she somehow persuaded her family that it was a good idea. So, in July 2018, she spent five days training in entrepreneurship skills and, soon after, she started preparing meals and snacks at home, delivering them to meetings and schools. A few months later – in May this year – she set up a hotel, with 20,000 BDT support from an EYW program.

The sky’s the limit

Now Habiba is a well-known restaurant owner in her community. And, after attending a couple of spouse meetings her husband was persuaded to support her enterprise. "I never imagined that my husband and children would help me that much to chase my dream,” Habiba says with pride. She earns about 20,000 BDT per month from the hotel, but continues to make food parcels to deliver to customers, and sews ladies garments especially during festival times. Although Habiba is very happy with her current situation, she still wants better! She wants to expand her food business with more space, a bigger menu, more staff and a better location. For this she needs more time and money, and is saving to fulfil her dreams.

Habiba believes that other women and girls will be inspired by seeing her at work. Women do not usually work in the hotel business, but she is hoping to overcome tradition and employ some in her hotel. She also knows that it is important to change things from above, and intends to work with the EYW program to lobby local government to make it easier to get trade licenses, financial support (loans), skills development training, and to open bank accounts. "I want to expand my business and also want to create work opportunities for at least 10 youths from my peer group," she says. This way, others can reach their dreams.

Habiba‘s story is part of the multiyear campaign, kicked off on International Youth Day 2019 by the Empower Youth for Work program and the Work in Progress! alliance. The campaign aims to support the national influencing work of the respective programs by joining forces with local role models. The ripples of #Iwasthere are spreading out around the world and these stories are proof that change can happen anywhere – we hope they will inspire you, too, to become an active citizen.