Maynul is opening eyes to technology

From providing computer support to opening an eye-hospital, Maynul is showing his peers what can be achieved – and how. 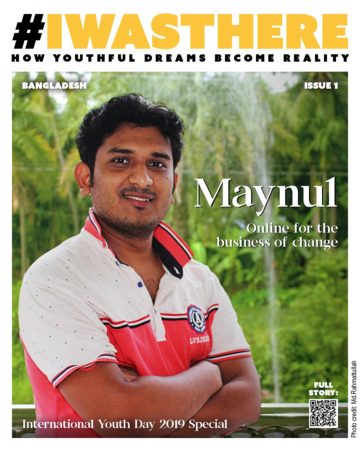 Maynul Hasan (27), a young entrepreneur from Puthia, western Bangladesh, saw how his father struggled to get all the family through their education, and so he wanted to help. He now lives at home and has several enterprises underway.

The germ of an idea

While Maynul was at college, he thought he should earn some money like many of his fellow students. He was already involved with an Empower Youth for Work (EYW) program and, after completing their soft skills training, he knew what he wanted to do – set up his own business. Training in Entrepreneurship Development Skills was a step on the road, but Maynul’s sights were set on a business involving Information, Communication and Technology (ICT) and he didn’t have the knowledge or experience for that. This wasn’t going to put him off! 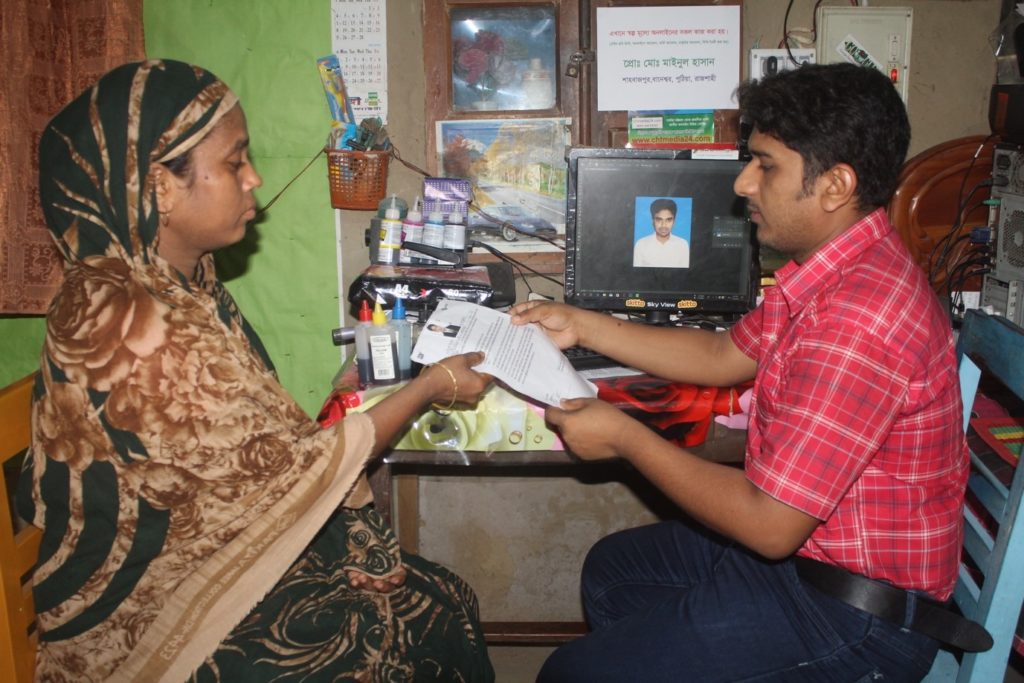 Maynul spent six months working as a volunteer in a computer shop.  He learned MS office, how to develop a database, illustrator software, and graphic design. At the same time he worked as a facilitator for the soft skills training and, with his earnings, he bought a computer. He started working from home to save money, providing computer support to the community, especially women. He found that women felt more comfortable and avoided hassles by coming to his family home rather than going to the market, and his business thrived.

Working with and for the community

As a member of the local youth group, Union Apex Body and a Youth Reporters Group, Maynul had become involved with various social initiatives such as tree planting, road construction, arranging health campaigns, and networking with local government. He was well known and wanted to do something for the community. His idea was to open an Eye Hospital as there was no specialist provision in Puthia where people could get eye treatment easily. His older brother was an eye practitioner at a centre in Dhaka and could provide advice, but Maynul was a novice.

Undeterred by the complexity of the task (including training in eye treatment and finding equipment, space and, most importantly, capital) Maynul went ahead with his idea. He tried to get a loan but no financing organizations would touch the enterprise as Maynul had no experience or guarantor. His father was opposed to the plan, but his brother wanted to help him fulfil the dream. In the end, Maynul’s brother gave all his savings to establish the centre in Puthia and it opened its doors in March 2019. Maynul’s brother assesses and treats the patients, and Maynul looks after everything else. He earns 180 Euros (17,000 BDT) per month, and can now support his family.

That’s not all folks!

As if running an eye hospital isn’t enough, Maynul is continuing his education and is an active member of a youth group. He writes about different local issues in blogs, a news portal, and the local newspaper, and works for the EYW youth initiative. And he’s planning to open an ICT shop in Puthia market where he can reach more people.

Creating opportunities for others

Maynul says that he doesn’t want to waste time looking for a white collar job, he’d rather give jobs to other people. He wants more youths to become entrepreneurs because there is a huge shortage of jobs in the country. But to start any business people need financial support and a trade license. In Bangladesh, getting hold of these basics is complicated and takes time; many people, youths especially, lose interest in the process before they even start up in business. Maynul will bring his experiences to work with local government to make the process easier and available to all youth.

Maynul‘s story is part of the multiyear campaign, kicked off on International Youth Day 2019 by the Empower Youth for Work program and the Work in Progress! alliance. The campaign aims to support the national influencing work of the respective programs by joining forces with local role models. The ripples of #Iwasthere are spreading out around the world and these stories are proof that change can happen anywhere – we hope they will inspire you, too, to become an active citizen.